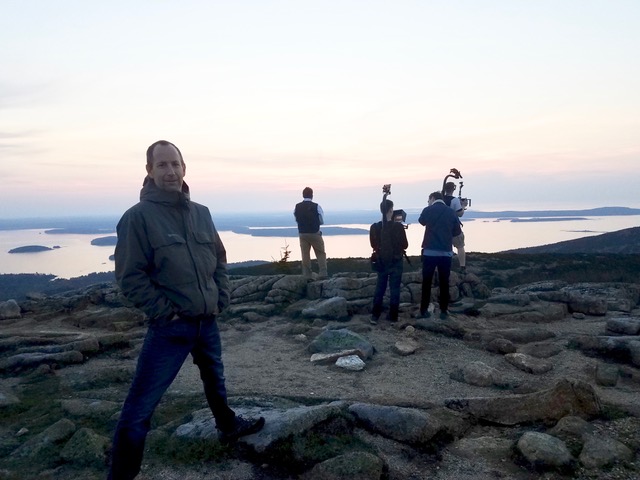 Two years ago, I embarked on a mission to produce a feature length documentary about mankind’s impact on planet Earth.  At the time, I felt humanity was sleepwalking into a disaster of epic proportions for us and all of earth’s creatures.

Diving with marine biologists in Japan, spending a day with an oyster farmer in Maine, exploring our Midwest’s agricultural system, and investigating massive pollution in India revealed the magnitude and complexity of our predicament to me, and inspired an urgency to wake up others to what will happen without immediate action to reduce the number of humans on the planet.

Now that the film is in the final stages of editing, I have been focused on making sure our message of concern, hope and action reaches the greatest number of people. To do that, we are formulating a film festival schedule and distribution strategy in partnership with one of the most respected consultants in the film industry.

I have also been thinking about how to perpetuate and expand our impact in the afterlife of the film because, even in the best case scenario, one film can only do so much. Each day, our predicament grows worse as we add 220,000 more people to the planet, all needing, wanting and deserving clean water, food, shelter, clothing, reliable electricity, transportation and countless other goods and services. Collectively, this consumption has a catastrophic impact on our environment — stripping our soils, melting our glaciers, draining our rivers and aquifers, leveling our forests, reducing green space, exterminating untold numbers of animals, and polluting every square mile of land, ocean and air.

Therefore, to address these ongoing problems, we are in the process of establishing a non-profit organization designed to promote public and private action that will ensure that ecological limits are central to all decision-making in order to achieve a sustainable society characterized by human well-being and flourishing bio-diversity.

Stay tuned. Thank you for your trust and support.