An Interview with 8 Billion Angels Director of Photography Jake Mitchell 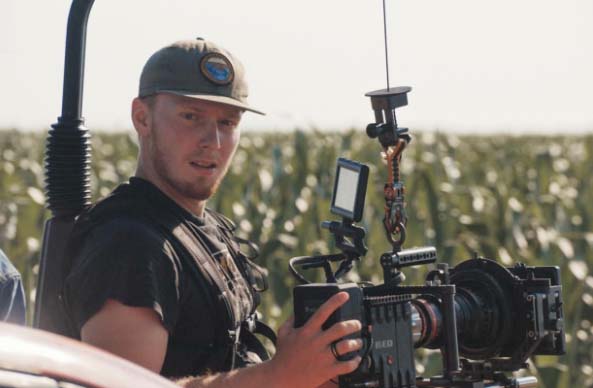 It is said that there are only six stories. Maybe twelve. It’s all been done before. And we have seen it all. What do you do to keep it fresh? Is there anything that you can do to subvert the process to keep it original?

It’s too taxing if you constantly try to be original. If that is the main worry of a filmmaker, it can consume them and distract from the work at hand. I believe that everyone has a special background and individual story, and that combination of experiences creates an entirely unique viewpoint. Using our personal history, we can try to provide another perspective on daily events and say something relevant to our times. Ultimately, what we say in a piece of art or media can influence hearts and minds.

Was there a particular event or time that you recognized that filmmaking was not just a hobby, but that it would be your life and your living?

Filmmaking was always my passion and I particularly loved showing people the films I made and seeing their reaction. I started making animations when I was 9, but it didn’t occur to me as a career until I was in high school. I started making narrative short films when I was about 16 and I could tell I had the “chops” to work in the industry. Coming from a small town in Ohio, I knew that going to a good film school would be the next step. I can certainly tell that I was made to be a filmmaker. Whenever I’m not making a film, I get this incredible itch to work again. My biggest high is being on set when your body and mind are firing on all cylinders.

What was the most important lesson you had to learn that has had a positive effect on your film? How did that lesson happen?

A majority of the work I do may not reflect my personal beliefs or tastes, but every once in a while a project comes along that I know is meant for me. 8 Billion Angels was a great opportunity from an employment perspective, but that doesn’t compare to what it meant to me personally. To be able to travel the world and tell a story that needs to be told, and to be firm in the belief that what you are doing matters is something not many get to do in their lifetime. Being so closely invested in the message, I believe has made the work we’ve created much more meaningful. Our passion will be reflected on screen.

What makes a film great for you?

To me a good film is one I can get lost in. As a cinematographer, I can see through many of the techniques used to create the illusions in cinema. But every once in a while, films can carry a magic with them, and completely engulf me. If they can speak to me deeply and help me see things in a fresh perspective, I certainly think that’s a good film. It should also be said that just because a film is particularly visually stunning, doesn’t make it a good film. Content is king.

My favorite memory of working on 8 Billion Angels so far was probably having ramen in Tokyo. I think Victor [Velle, 8 Billion Angels Director] and I went to the same restaurant at least 4 different times to have their ramen. Also, Japan was delightful in general. The Izu Islands are absolutely beautiful in the summer.