Behind the Scenes with 8 Billion Angels Sound Designer
Chris Marino 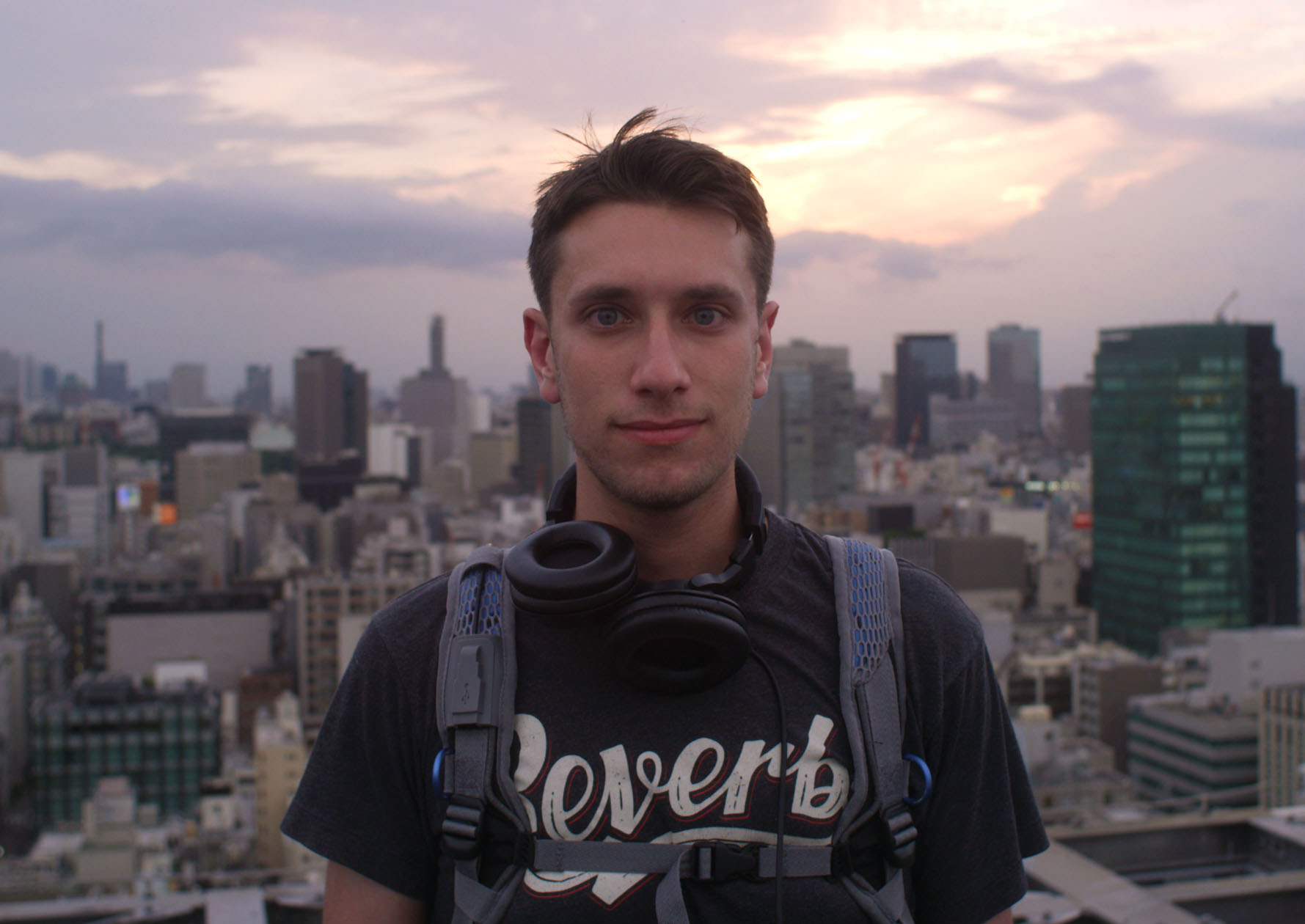 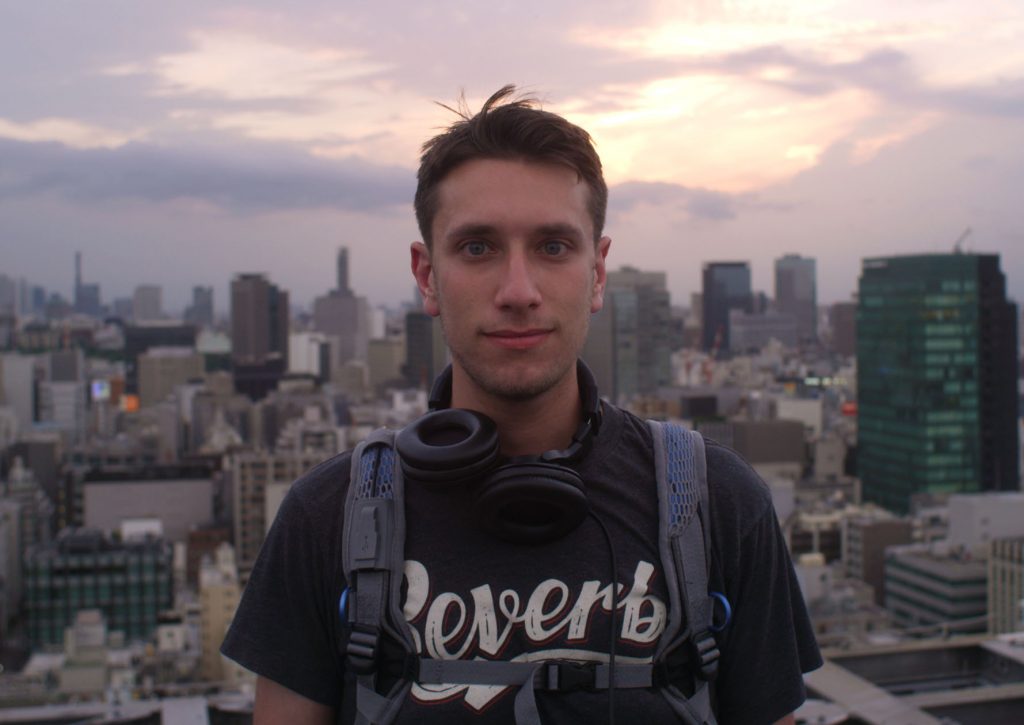 My father is a professional musician, so I grew up with a close relationship to music. When I went to school for film at Emerson College, I fell in love with sound. I found it fascinating to create real life through sound. The deeper I explored, the more I loved the craft. Pretty soon I was walking around the city of Boston with my ears open trying to figure out what the world actually sounds like! Sound is three-dimensional. It’s the force that makes the image jump off the screen and literally touch you. It’s been an incredible journey, so far, experimenting and trying to master this abstract medium.

I remember the moment we stepped on top of this skyscraper of a parking garage in Tokyo. I’ve been to New York City, but that does not compare to the sheer size of Tokyo. It was shocking to see such a dense and expansive human landscape. That moment really put into perspective just how many people there are on this planet. It was jaw-dropping.

It is said that there are only six stories. Maybe twelve. It’s all been done before. And we have seen it all. What do you do to keep it fresh? There may only be six or twelve story archetypes, but by no means are there only six or twelve stories. Nuance is key to making fresh stories. Every person in this world has a unique story, so I stay observant, and try to bring out the little things that separate a person or character from the rest of them!

What role can sound design play within a documentary film such as 8BA?

Sound has an incredible ability to affect an audience’s perspective. It can really shape how an audience perceives a story. With 8BA specifically, Victor and I spent a lot of time trying to create a sense of travel and adventure within the film. It was important to give  each location a unique fingerprint and its own charm to portray the beautiful world that is at stake. With sound design, we were also able to develop a closer relationship between the audience and our interview subjects. We decided to avoid the typical “talking-heads” interview style for this film, and sound design played a critical  role in  giving each person’s  a unique personality  on the screen.

What was the biggest challenge you had working on 8BA?

Pre-production was the biggest challenge for me on 8BA. We set out to make a documentary in a narrative film style. We worked for a little over three months developing a loose story template that would allow us to organize the film and stay on track, even as many variables changed throughout the process. It was tough finding a balance between having a too detailed plan, and one that wasn’t detailed enough. Since we were all working on this film through post-production, we were able to use this template – and adjust it in real time – to stay on track and keep working purposefully on set.

Christopher Marino is a sound designer and storyteller based in Los Angeles, California. His credits include award-winning documentaries, commercials, and narrative films including the Oscar-Qualifying short film The German King about Cameroon’s independence from colonial Germany, and Esfuerzo, a documentary about the dangerous lives of migrant farmers in California’s Napa Valley. Chris is passionate about sharing life stories because every person’s unique experience makes us more aware of the common thread of humanity we all share.