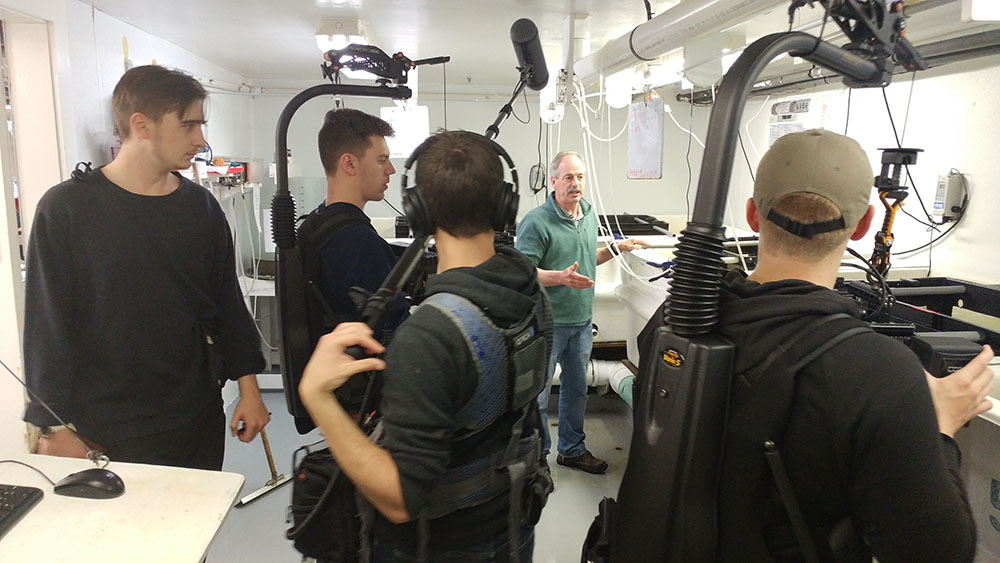 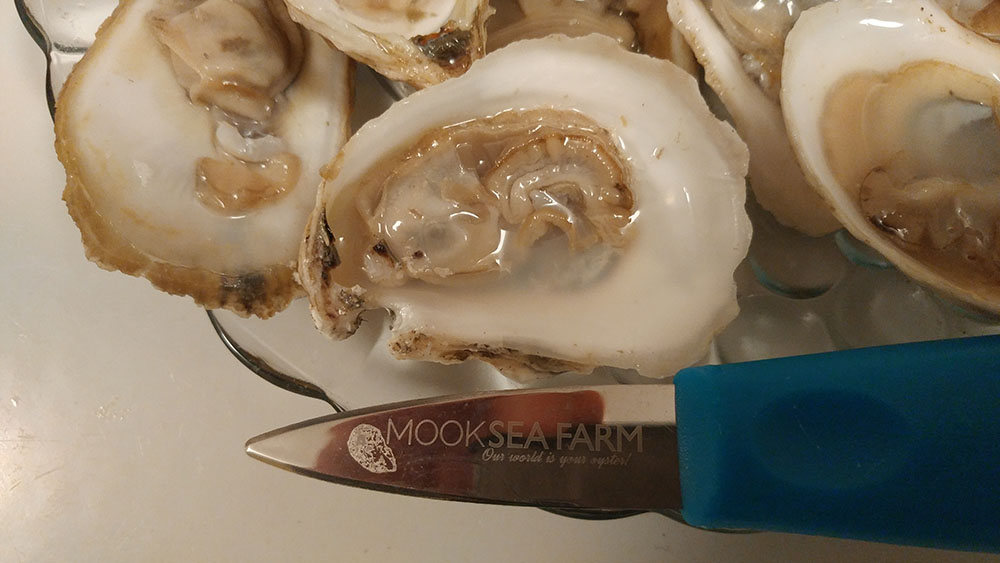 During our investigation of the impacts of population and consumption, we spent  a day in May 2017 at Mook Sea Farm http://www.maineoysterfarm.com/ in Damariscotta, Maine, with Bill Mook to see and hear firsthand his experience with the environmental changes affecting his business. Their farm grows and produces over 130 million oysters a year. Bill explained how the oyster industry suffered in the middle part of the 20th century due to pollution and disease, and in the past 20 years there has been a resurgence in oyster production due to cleaner water and advancement in growing technology. 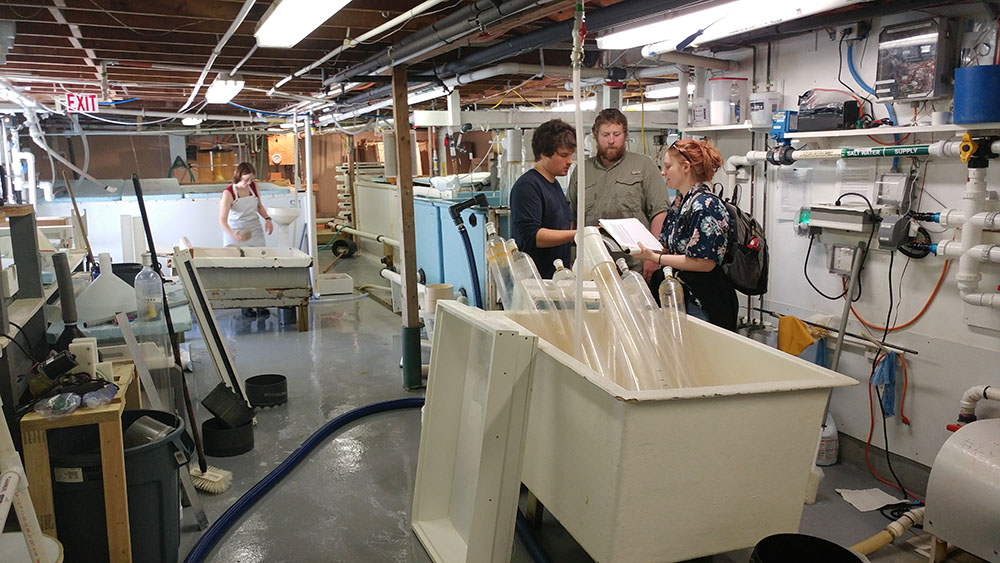 However there are troubling signs on the horizon. An increase in population has led to more development and greater storm water runoff into the estuaries affecting the oyster businesses, resulting in closures of acres of shellfish areas due to pollution. The runoff has also inhibited the growth of phytoplankton, a valuable and fundamental building block of the food chain for sustaining all marine life, and a key food source of copepods and filter eaters like oysters and other small sea creatures. If you diminish the quantity of the base of that food pyramid you will invariably decrease the quantity of everything above that.

The fisheries industry in Maine and other areas around the country are seeing a one-two punch from the effects of burning oil, gas, and coal, which increases levels of CO2 descending on the oceans,  acidifying the waters and making it more difficult for shellfish to grow especially in the early stages of life. Sea creatures with hard shells, including lobsters, crabs, starfish, sea urchins, barnacles, corals, mussels, oysters depend on calcium carbonate as a building block for their shells or skeletons. When CO2 descends into the oceans, it mixes with water,H2O, and forms an acid that effectively “eats” carbonates. As a result, most oyster farmers including Bill Mook must initially grow their oysters in tanks on land to monitor the acidity and buffer the sea water they run through the tanks. Mook said to think of the buffering process like when people take Tums antacid tablets. Because the chemistry in the water has changed so drastically, that’s what oyster farmers must do to give the oysters an opportunity to live and grow.

Mook also described how  the warming of the waters from excess CO2 in the atmosphere has also changed the dynamic of the lobster industry. Lobstermen have seen a shift in which most lobsters are being caught farther North along the coast and have disappeared almost completely in certain areas of New England.

“The world is rapidly changing and we need to figure out how to live in harmony with planet earth,” said Mook. “I feel guilty that we are leaving the planet in worse condition than when I found it. One of the things my mother always taught me is when you borrow something, you always give it back in better shape than when you got it, and we are not doing that.”

At the end of a long day of filming, we all gathered around for some fresh, delicious Mook Sea Farm oysters straight from the Damariscotta River. Yet, this day, like every other day, the planet added 220,000 more people who will not only eat oysters, but also will consume other food, need shelter, clothing, transportation, and an enormous amount of other resources, draining Earth’s finite resources and making it nearly impossible to give the planet back to the next generation “in better shape” than we got it.