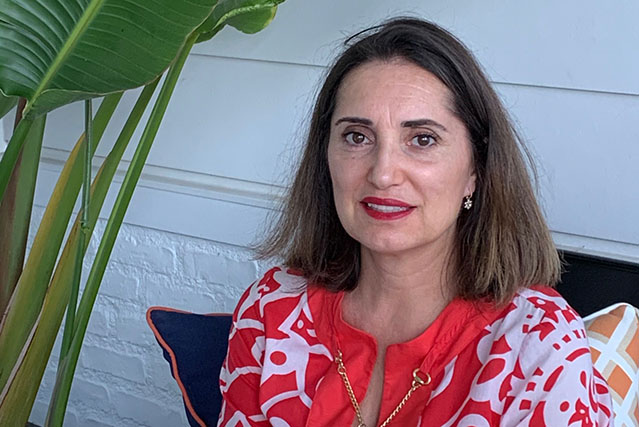 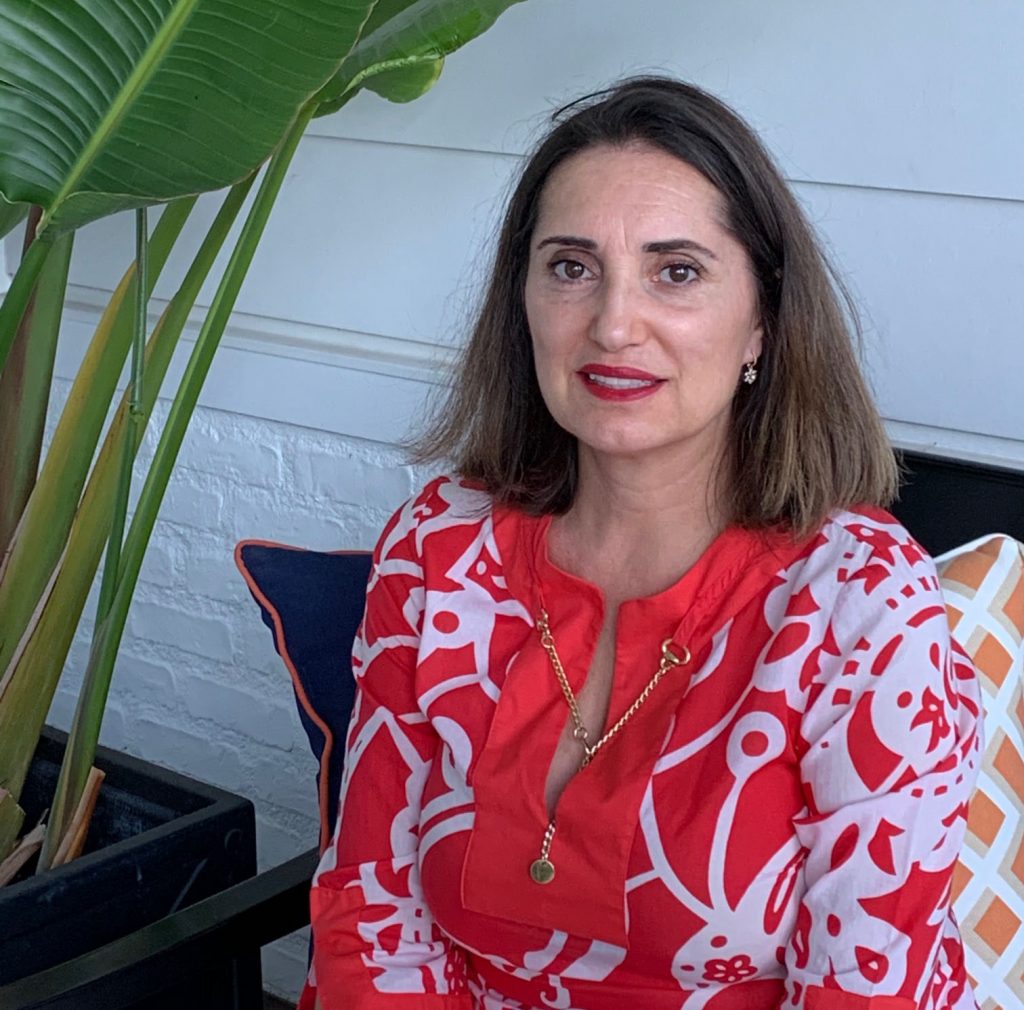 Please tell us about some of the projects you have worked on prior to this film.

Early in my career, I was lucky enough to work as an editor at World of Wonder Productions, founded by the talented duo of Randy Barbato & Fenton Bailey, the creative geniuses behind many popular TV shows, including Million Dollar Listing and RuPaul’s Drag Race. My first job was on a documentary series for AMC called Hollywood Fashion Machine. One of the first shows I edited was Hitchcock and the Fashions of Fear about the fashions used by the famed director and ‘Master of Suspense’ and worn by the archetypal ‘Hitchcock Blonde.’ It was a wonderful job for someone like me who was obsessed with classic cinema!

Since then I have edited several documentaries including biographies of David Ben-Gurion, founder of Israel; JR Tolkien, author or Lord of the Rings and The Hobbit; Rem Koolhaas, reknowned architect, urbanist and winner of the Pritzker Prize; as well as a documentary about the early history of Hollywood, told through the home movies of stars and directed by Academy Award-Winner Morgan Neville.

What attracted you to this project?

When [Producer] Terry Spahr first contacted me, I was immediately interested because I am an avid environmentalist and gravitate to films that inspire us to save the planet. What made this film unique was that Terry was brave enough to tackle the “taboo” subject of overpopulation.

I was also excited by the opportunity to work with a team of dedicated young filmmakers including Victor [Velle] and Katya [Alexander], who radiate enthusiasm, creativity and energy. Once I saw the mesmerizing footage shot by [Cinematographer] Jake Mitchell, I was all in. For me it’s very important to really love what you are working on, as it will motivate you and help you push through the long hours in the editing room, which are an inevitable part of making a documentary.

What was your greatest challenge in editing 8 Billion Angels?

Since we filmed in many different parts of the world, including Japan, India, and all over the US, weaving the different story lines together was quite complicated. We wanted to tell a story in distinct chapters – Water, Land, Air – without it being too fractured. How to bring all these different stories together at the end, without relying on too many experts appearing as ‘talking heads’, was probably the most challenging part.

Another challenge was the tone of the documentary. From the beginning we wanted to make sure our film wasn’t all “doom and gloom,” which can make the audience feel really helpless. We wanted to give a warning, but also an inspiring message of hope, so that people can leave a screening empowered to take action. As one of the key figures in the film says, “Action is the antidote to despair.”

What is the difference between editing a narrative versus documentary film, and why do you like working on docs in particular?

After graduating from the American Film Institute, I initially edited independent narrative shorts and features. I volunteered at the Sundance Film Festival as an interpreter for many years, and when I was off duty, I would watch the films in competition. I began to gravitate more and more to the documentary films, because, unlike the average independent [narrative] film, I would leave a screening wanting to talk about and process what I had just seen. I started working in the documentary world when documentaries were still considered a ‘niche’, and would air mostly on PBS or HBO. Now, since the arrival of streaming services, documentaries have had a renaissance. Thanks to Netflix, Amazon, Hulu, and now Apple +, docs are more popular than ever before, and have a far greater reach.

In narrative films, there is a script that you follow, and the editor creates tension and emotional moments with the pacing and selection of shots. Basically, you are putting together coverage and switching between shots: wide, medium, over the shoulder, close up, extreme close up. Thrillers with action scenes and chase sequences are great fun to cut, but unless you are editing major block-buster action films, you don’t typically get those opportunities in the average film. In a typical film, the skill lies in finding the moments – looking for the right reaction shot from the actor, or lingering on their face a second longer. It’s all about timing. You are fixating on a few frames to get the perfect cut. It’s editing at a micro level.

There is no script in a documentary. Instead, you are given hours of verité footage and interviews to wade through, and you have to weave a story out of it. Rather than just assembling the footage, the editor is an integral part of the storytelling team. You shape the story, by building the narrative arc and the characters, and are writing the script visually. It’s editing at the macro level.

What I love most about documentaries is that you are constantly learning, in depth, about a particular subject. And often the truth is not just stranger than fiction, but can often be more compelling and fascinating. 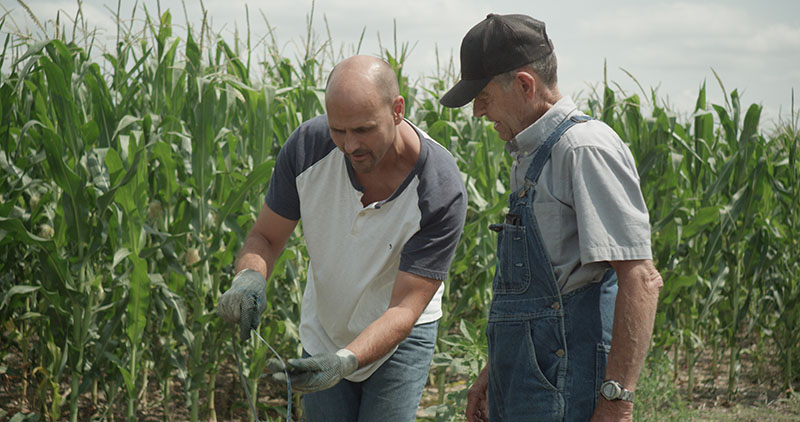 Bill Mai, the corn farmer in the Midwest whose wells are running dry

Who was your favorite character(s) in 8 Billion Angels and why?
Whenever I edit a film, I usually fall in love with the characters. I spend so much time watching them on the screen that I start to connect to them, even though I’ve never met them in real life. Some of my favorites in this film were Bill Mai, the corn farmer in the Midwest whose wells are running dry, and Vimlendu Jha, the river eco-warrior in Delhi, India. Bill represented the struggle of the small town farmer, respectful of the land and its resources, but whose way of life is being erased by large, capital-intensive agribusiness. Vimlendu shows us the paradox of modern India, where progress is accompanied by an ecological nightmare: prosperous cities with western style malls have polluted, jet-black rivers running through them.

Why is 8 Billion Angels such an important film?
Toward the end of our film, an expert explains the dangers of unbridled population growth, and one of the warnings issued is the likelihood of changing disease vectors and the rise in global pandemics. Did that turn out to be a prescient statement! Back in 2018, when I was editing the film, I did not foresee how soon this dark prediction would come true.

Obviously, with the current CoVid 19 pandemic, and the tragic, ever-increasing number of deaths, population growth may seem unimportant right now. But once we come out of this, we cannot go back to business as usual. Because that has entailed acidifying oceans, destroying coral reefs, overfishing, depleting aquifers, eroding soil, spewing toxic fumes into the air, and letting fertilizer and industrial run off turn our rivers black. I hope we can use this enforced period of quarantine to realize that the planet is giving us an urgent wake up call. Our population growth is not sustainable at this rate of consumption. We are not just talking about finite fossil fuels, but about essential elements – water, land, and air.

The words ‘population control’ typically have very negative connotations, often associated with the ‘One Child’ policy implemented in China, or forced sterilizations. But our film highlights positive solutions, such as female education and empowerment, as well as changing cultural norms and increasing access to healthcare, to allow women to make informed decisions about family planning and their reproductive health.

Our documentary is not about pointing the finger at countries with high birth rates, because we, in the Western world, despite our low birth rates, are the greatest consumers of resources. One American child produces 30 times more

carbon emissions than a child born in a less developed country. This film is about becoming aware that our growth is outstripping our resources. 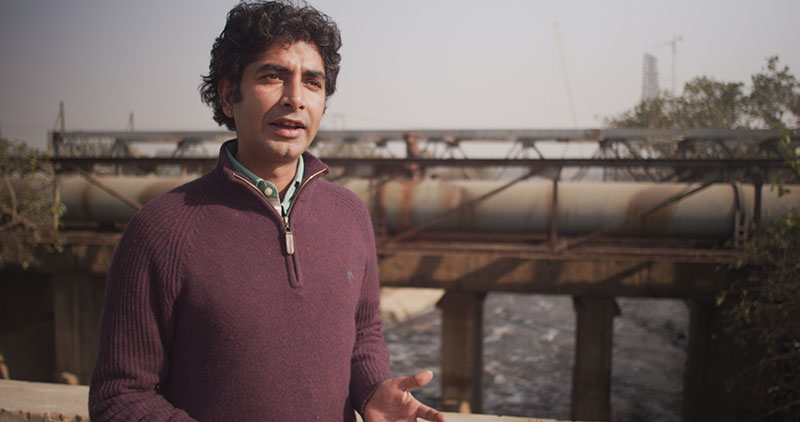 More about you
It is extremely important to me to work on films whose philosophy aligns with mine. I have solar panels on my house, drive a fully electric car, grow my own vegetables, recycle religiously, practice Buddhism, have one child and recently became a vegan. So when Terry asked me to join the team to edit the film, I was incredibly excited, as I believe in the message of 8 Billion Angels.

Out of principle, I would never work on a documentary that ignores scientific facts and research, and spews out misinformation. That’s just propaganda. I would never edit a climate change-denying film, or one produced by an anti-vaxxer. You will find very few flat-earthers in the documentary community!